Sorry for that guys, I always wanted to do that in an interview. I love the new tracks. But why did it take so long to release new stuff? What are the reasons for it?

There are a few reasons why it took a while for us to release new music. We didn’t have a record label behind us, so there’s no money to work in a studio or record. Also it’s important to have the right producer and studio to work in, and that takes a while to find the right match too. We are busy touring and have our personal lives as well, so time just flies by and you realize years have passed and the finally say we better get to work!

Your last full record came out in 1999. 20 years ago! Why did you stop to record full-lengths?

Actually our last full length record was “Walk With Me” released in 2006. We would love to make more records but it cost money and time, so it’s certainly easier to do when you have record label support. Now that we are signed to Metalville, you can expect more DED music in the near future including a brand new full length album.

What ist the meaning/story behind „Lumpy Dog“ and „Emoji Baby“?

Lumpy dog is a song about John’s rescue dog Curtis. He had lumps. Enjoy baby was an idea about how some people can communicate entirely by using emojis, he says a text message from me might have inspired the idea haha.

„Brand New Breed“ was already released during yourconcerts on CD. I saw in the comments on your Facebook page that some people couldn`t understand that business move to re-release it with bonus tracks. So it seems howsoever you decide to do things someone isn`t happy. How frustrating is that?

We made the original Brand New Breed CD as a limited 1000 copies only to be sold directly to our fans at the show. Once we signed with Metalville we decided to release it world wide on colored Vinyl so people like me who collect physical media would have a chance to own it. The idea of recording live unplugged tracks gives our fans a chance to hear a special live event that only a few hundred people got to see live. I see no reasons for people to complain, it’s a positive thing that there is a demand for more copies of Brand New Breed in the world!

Since 2010 you are a band again and did a couple of tours during the last 8 years. Do you remember a concert which was sick as hell (I know, every show of DED is intensive)

We have never broken up in our 28 year career, but the last few years things have been getting better and better for the band. Bigger festivals and more club dates that are sold out. I think the greatest show for us was the Dynamo 95 festival in Holland. When you see the crowd jumping during Who’s The King, it’s still amazing to watch.

You supported Limp Bizkit this summer here in Germany. Unfortunately I have been on holidays during that time. How were the shows and how did their fans react? I am asking this because since Fred Durst is touring here in Germany, he choose always support acts where the crowd is freaking out in a bad way.

We had done 2 festivals with Limp Bizkit and Fred said he liked DED, so then we get a call asking us to support them in Germany for 6 big shows. They treated us with respect and kindness, and the entire band and crew were friendly and professional.

The band consits of four people. But for your live shows, there are many more guest musicians on stage. Can you introduce them for our readers?

Joining us on stage is our sax player Bozez from Czech Republic and Daniel Mallmann on vocals. Sometimes we have guests on bass, drums and vocals so you never know what will happen at our live shows.

We will be touring in clubs and festivals all spring and summer, with a new single to coincide. In between we will be traveling to Switzerland to record the new full length record for a 2020 release.

Our magazine is called Moshpit Passion and as the last thing our interview partner should tell his or her first or last moshpit experience. Can you tell us a nice story?

My first moshpit experience was Corrosion Of Conformity 1986. I was stage diving and singing, I knew this is what I wanted to do! 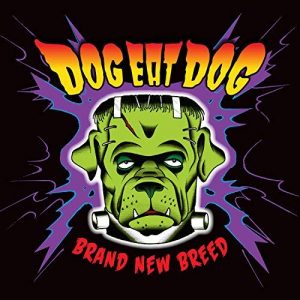