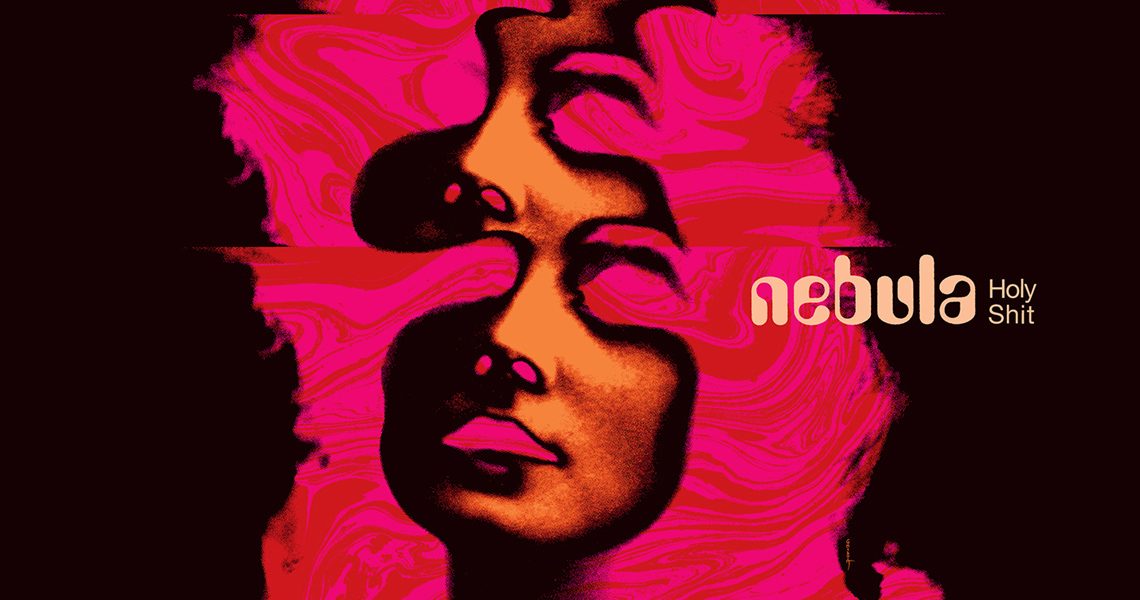 Nebula is two years after the reunion back in business. Did you miss the time? The monkey business and fans?

Yeah sure we did especially the monkey business hahaha. Time seems to be speeding up and it really doesn’t feel like that long to be honest. I played in a few other bands during our time off, The Freeks with old Nebula bandmate Ruben Romano, Lantvrn (an LA Based drone / show gaze outfit) and Zano dance rock thing a friend of mine Brandon roped me into so maybe that’s why it didn’t seem that long, but yes I did miss the nebula fans and the monkey business and it’s good to be back doing Nebula again.

You have a new drummer. Please introduce us the new guy. Why did you decide to take him and not one of the old one.

So Mike Amster is the new Nebula drummer. I played with him in Blaak Heat when I did a short stint with them a few years ago. After Eddie and I had been playing for a while again we knew we had to find a permanent drummer. Ruben was doing his thing with The Freeks and Rob was back in Maryland, so their names never really came up at all. I suggested Mike’s name to Eddie and we had Mike come down to the rehearsal space and jam with us. Well needless to say we hit off instantly, the chemistry was there and he’s been with us ever since.

Tell us a bit about the CoOp with Heavy Psych Sounds. How did that work out?

Working with Heavy Psych Sounds has been great so far. Gabriele re-issued a bunch of the old records over the last year / so when he found out we were putting out a new record, he approached us and said he wanted to do it because it ‘made sense’ which is logical and he also gave us what we asked for so it was a no brainer.

Let`s talk about your new record „Holy Shit“. Who came up with that title?

Well Eddie came up with that title, One afternoon down at the rehearsal space we’d been eating weed candy and he suddenly said ‘Holy Shit.’ And Mike and I were like what? Then he responds with ‘the record title, Holy Shit.’ To be honest, initially I wasn’t a fan of the title, I thought it was ‘wholly shit’ but it soon grew on me and worked on a few different levels so it ended up sticking.

I want to talk about a couple of tracks which I like. „Fistful of Pills“, „Let`s get Lost“ and „Gates of Eden“. What are the meanings behind that songs?

They can mean whatever you want them to mean. That’s the beauty of music, its personal and the same song can mean different things to different people. Unless the lyrics are literal, abstract sentences are open To your personal interpretation of the words and how you identify with it. ‘Let’s Get Lost’ is about getting fucked up though, but I t’s up to you what you’re wasted on. Hahaha

Is there a song which you want to talk about?

Yes ‘Fatty Boom Boom’ by Die Antwoord. Its a highly amusing song and most intriguing. We find it most curious. Apparently it’s about Lady Gaga. Eddie has a soft spot for Yolande, the chick in the group.

Why does it take so long to bring back Nebula? What happend after the last release and tour?

After Heavy Psych came out we hit the road for quite a while again and basically we got burnt out. Eddie and I both were physically (and mentally hahaha) injured. It ends up taking a toll on you physically and mentally. We just had to take a time out. That’s why it’s weird that people are saying it’s a reunion cos it’s not really, we’re just picking up where we left off. Just a little healthier. When we started playing again, Eddie and I had reconnected and we’re just messing around jamming on guitars at my place. Keith from Sasquatch was staying with me at the time too and we’d all sit around playing and recording the jams on our phones. It was a lot of fun and Keith was nudging us and saying you guys should start playing again. One thing led to another And things just happened when they happened naturally. Nothing was forced. Just a sequence of events that led us to the point that we’re at today.

Was it difficult after that long hiatus to re-connect and write music in a band?

Not really, it’s like wearing a pair of warm comfy socks. You soon slip into the groove again. It’s actually more comfortable this time around, it easier cos we already know how each other play and Mike fits in nice and snug.

Tell us a bit about your plans for time after the release. I saw a new european tour is in works.

After the record is released we have a little time before we head out on the road in in the USA for the first time in about 9 yrs in August with our buddies Sasquatch, then we’re going back to Europe and the UK around the end of September for about 5 weeks with The Quill. After that I’m not quite sure but we have some recorded material still we wanna put out so maybe we’ll finish working on that for an E.P or something.

Our magazine is called Moshpit Passion and as the last thing our interview partner should tell his or her first or last moshpit experience. Can you tell us a nice story?

I was at a Biohazard show years ago and there was a crazy mosh pit going on and there was stage invasions constantly going on so I thought I’d have a piece of the action too. There was literally a line of people climbing the P.A and getting on to the stage. AnywAy I hadn’t really thought this through because once I got on to the stage there was really only one way down and that was to stage dive. Somehow just at the moment I took a half hearted jump from the stage, the tide of people beneath my target landing zone seemed to part and I basically landed on the floor. It was ok though I was about 17yrs old and Intoxicated so I didn’t feel a thing but that’s pretty much the first and last time I ever stage dived.