You did a couple of shows to celebrate 25 years of „Cleansing“. Which memories comes up in your mind when you think about that record cycle in 1994?

The amount of time and energy put into that record. It was also a great learning experience.Then when the record came out I remember we toured a lot. It was a grind. It was good having a successful record though.

Will you do this kind of celebration in the future with different records also?

Yeah I think so.

One record which was for the Nu Metal movement somehow groundbreacking and for some bands an influence is „Rude Awakening“. I know that this isnt your favourite. Do you think sometimes about to reinvent songs or records which are not your favourite and to re-release them again?

We sort of did that with the „Age Of Defiance“ Ep. I never liked the mix on „Rude“ I think the live version is better. So we have that on the new „EP‘. We plan to remix and remaster „Power Of The Damager“. There are good songs on that , but again like „Rude‘, I dont like the mix.

After 2 ½ years you are back with new music. The last time we did an interview was down in a shelter last year in Bochum. You said, that an EP would come out im March 2019. What are the reasons for the delay?

It’s not too far off is it? It was a matter of scheduling, nothing more interesting than that.

„Age Of Defiance“ is about the spiritual life, and transcendental thought. „End“ is about how ridiculous the media is.

„Age of Defiance“ also consists of a couple of live tracks. Will you release in the future a live DVD again?

In September you did an interview with a press team from France and you said that you are tired of recording a full album because nobody is buying records and is listening to a whole record. Do you think that releasing EPs/singles is becoming the „new full length“ during the next years?

No I’m not working on a full length, I‘ve decided against it at this moment.

Maybe. There were so many killer songs on „Zero Days“ and „No Absolutes“ that got overlooked. The singles got attention, but I didnt hear a peep about the other ones. It’s annoying.

What are your predictions for the music industry in the future? I mean record sales are dying more and more, bands are touring 2/3 times per year in Germany so they can earn money to cover the record-sales-issue, tickets/merch are rising, due heavy touring bands got burn out and so on.

It’s gotten smaller. This genre of music has a real problem. I think disbanding all generes and labelling everything „rock“ would be good. Why have all these subdivisions? It leaves people out.

What are your plans for 2020? The press release said that you are working on a new full length record right? Can you tell us how it sounds like?
​
No I’m not working on a full length, I‘ve decided against it at this moment. I think we are going to try to tour Asia and South America 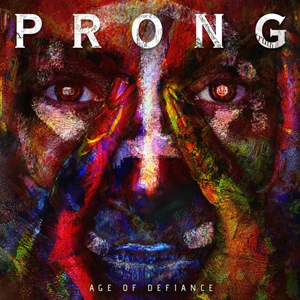